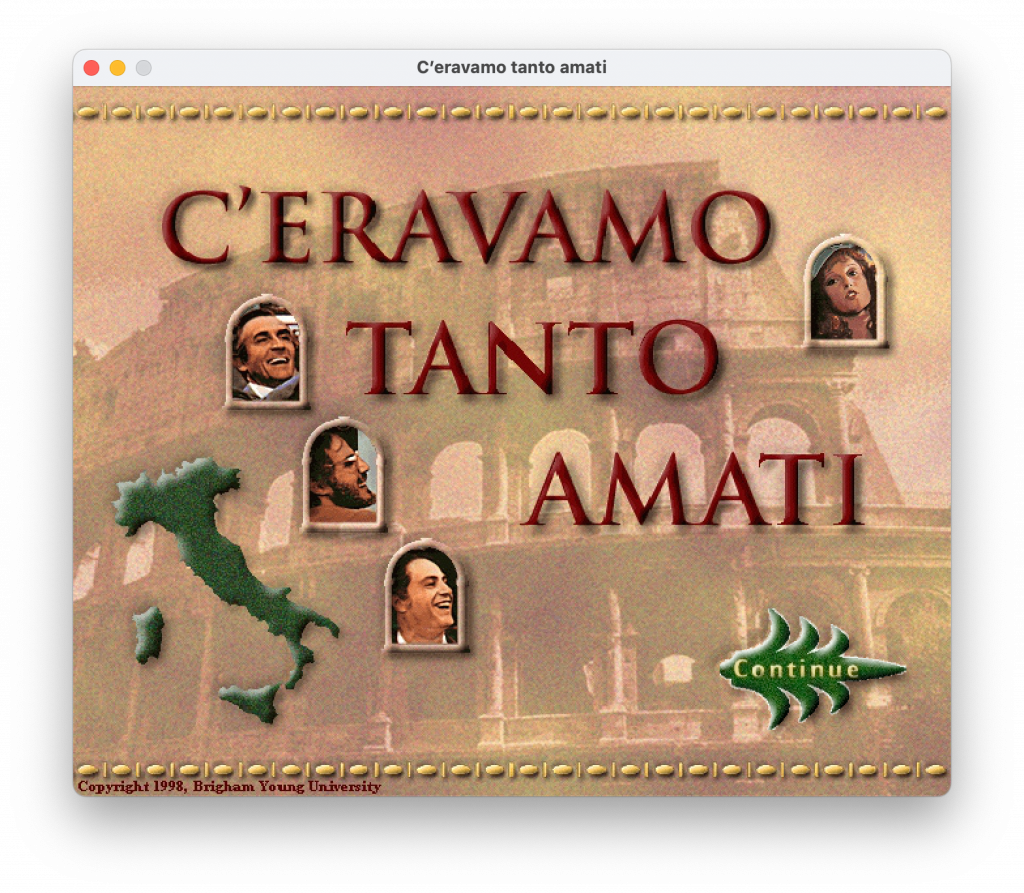 C’eravamo tanto amati (We all Loved Each Other So Much) is a beloved 1974 Italian film that depicts the social upheaval in Italy after World War II by following the intertwined lives of four major characters who represent various classes of people in Italian society. Beginning in the late 1990s Harold Hendricks negotiated rights to distribute this film as an instructional project that incorporated transcribed dialog, English translation of the dialog, commentary, actor bios, an interactive dictionary, and quizzes. For about a decade this project was used by BYU Italian classes for listening comprehension development and cultural lessons. A team of BYU students, teachers and ODH personnel developed the project through several versions over several years. Initially produced on Windows as a Toolbook application by student developer Matthew Hamby, later Devin Asay worked on first a HyperCard then later a LiveCode version of the software. This project was eventually released for sale on Amazon with the subtitle Foreign Language Through Feature Films. 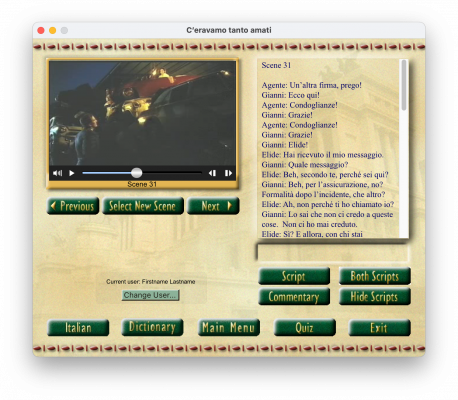 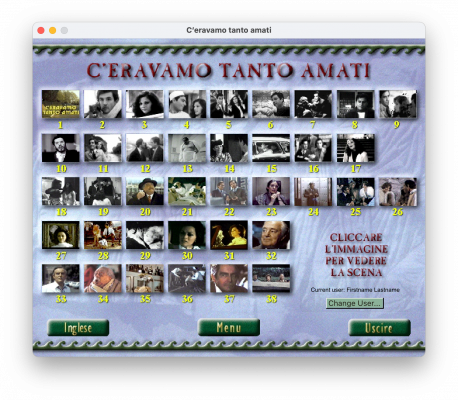 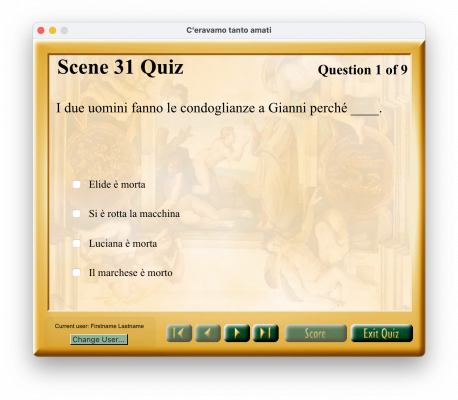 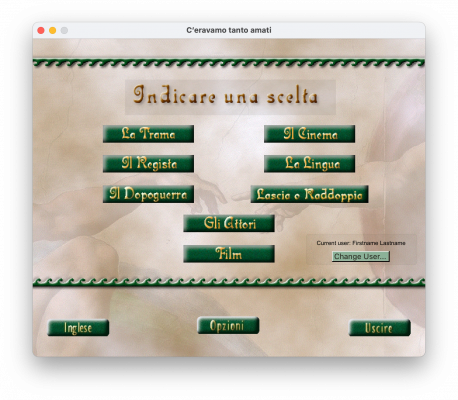 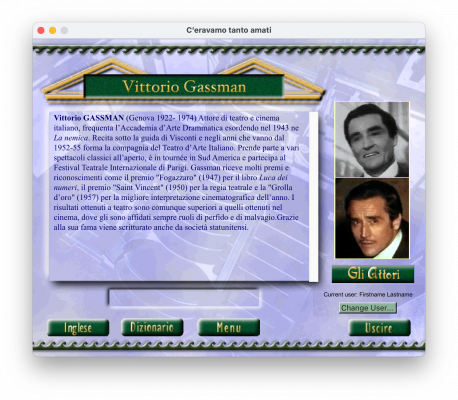